Share on facebook
Share on google
Share on twitter
Share on linkedin
Crate training, though, isn’t that easy. Dogs even fear to be in one especially when their parents mishandle crate training. Introducing crate training games is one of the more effective ways of teaching dogs to love their crates and feel relaxed when they are in it. 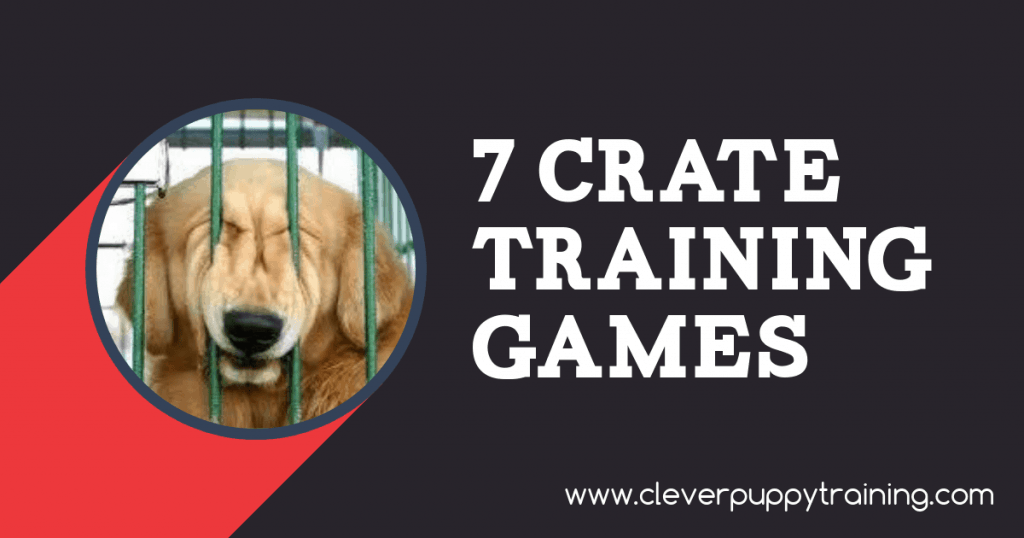 Crate training is one of the best ways to potty train your puppy. It can also help your dog learn the rules of the house. There’s also the practicality side as a crane is a fantastic means to transport your puppy. As you can see, there are many reasons why you should crate train your puppy. If you did not yet read our article “How To Crate Train A Puppy“, we suggest you read before this one. We also recommend you to read this article “Crate Training A Puppy At Night“.

Crate training, though, isn’t that easy. Dogs even fear to be in one especially when their parents mishandle crate training. Introducing crate training games is one of the more effective ways of teaching dogs to love their crates and feel relaxed when they are in it.

Crate Training Games That You Could Try with Your Best Pal

Where Did It Go?

This is an ideal crate training game for puppies.  Start by getting the crate and sitting next to it with your puppy nearby.

Next place a chew toy next to your puppy. The Benebone Real Flavor Wishbone Dog Chew Toy is a good choice for this game.  It is cleverly designed to give pups a good chew.  Once you’ve observed that your pup is excited about it, place the chew toy inside the crate and close its door.

As he stands on the outside, your pup should show signs of interest in getting the chew toy.  Open the door so that he can go inside the crate. Practice this several times for a few days. After a week, your puppy would get used to the routine that he would become comfortable sitting at the end of the crate.

Once your puppy has learned to enter the crate on his own then you can try this interactive game. Prepare a small number of cookies such as the Three Dog Baker Bitty Bites. Toss a cookie into the crate while your puppy is around. If he enters the crate, praise him.

Call him back so he will get out of the crate. Then toss another cookie and see if he will re-enter. Repeat this for 5 to 10 minutes. Don’t forget to praise him every time he gets inside the crate.

This is a nice game to play for dog lovers who also happen to be couch potatoes. Keep the crate near you while watching your favorite TV show. Whenever there’s a commercial, toss a treat right through the back of the crate.

Wait until your puppy gets inside to retrieve the yummy treat. When he retrieves the treat, reward him by dropping another. So the longer that he hangs out inside the crate, the more treats that he can get.

Look at Me  Game

This is a game recommended to a puppy who’s quite comfortable to sit at the end of the crate. The idea is to test him if he would leave the crate when he’s distracted.

Start by putting treats near the puppy who’s inside the crate. Then try to throw a ball in front of the crate. If he remains seated despite numerous attempts to tease him, open the door and praise him for doing a good job.

You’re In, You’re Out

Start this game with the puppy inside the crate. Call him out and open the dog. Reward him with a praise or treat if he remains seated in the crate.

Keep the door open. Take a few steps back then excitedly call him out.   He’ll likely run towards you. If he goes back inside the crate after realizing that you don’t have a cookie or treat to him, praise him. Better yet, give him a delicious treat.

This is one of the more popular games for dogs and the good news is that you can also use it in crate training your puppy. Here’s how to do it.

Once you’ve gotten his attention, enthusiastically throw his toy near the crate so that he would fetch it. If your puppy appears reluctant to follow the toy, pick it up and throw it near the door. If he still doesn’t move towards the crate, throw it straight through the door. You may have to cover the end of the crate so the toy won’t come right through it.

Praise or reward your puppy when he gets inside the crate, picks up the toy and brings it back to you. You can even do this game with other dogs. Line them all up with their respective crates in front of them. You’ll be in for a treat as this simple game can become a fast-paced workout for your puppies.

Here’s a more advanced game to test how confident your puppy is in going to a crate. The aim is for him to fetch a toy placed inside the crate and bring it back to you.

Set up a tunnel that will serve as his obstacle. One way to do this is to get 3-4 chairs and line them up parallel with the crate.  Then place the toy or treat inside the crate.

Send your puppy to the crate through this improvised tunnel. Wait for him to pick up the toy or treat, go through the tunnel again and back to his original spot. Praise him or give a reward afterward.  Once he has cleared this test, you can put more obstacles like witch cones.

As you can see, crate training a puppy isn’t that hard. There is numerous fun way to do the crate training games that you can play with your puppy.  The goal of crate games is for your puppy to realize that a crate is a rewarding place for him to be. And once you’ve trained him to do so, your beloved pet will become more calm and relaxed inside his personal space.