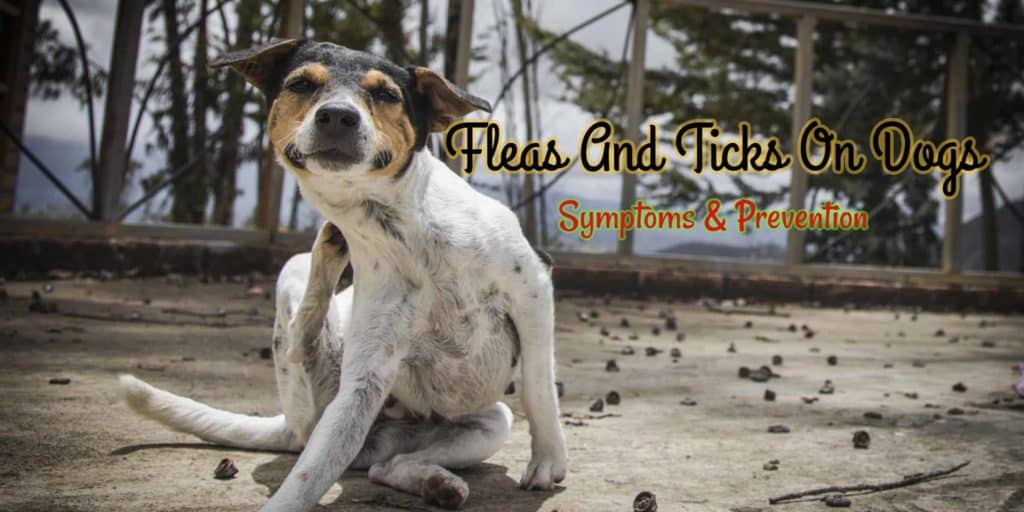 We might have seen many times our dogs having itching, and there is no harm until it occurs rarely. However, if it is occurring very often, we must be alerted as something serious is troubling our pet which may be really tricky to eradicate. There are many ways of fleas and ticks control for dogs, but before knowing them, you should be aware of the cycle of fleas and ticks on dogs.

What Is A Dog Flea?

Dog Flea is a type of wingless flea that survives as an ectoparasite, particularly found on dogs and cats. Apart from getting their tummy filled from dog’s blood, they even tend to bite human beings. They can survive without food for a long duration. Also, the female species produces and delivers around 4000 eggs on the dog’s fur, but for doing so; they need to have a complete blood meal. They pierce the skin of the creature and suck the blood.

Fleas are 1/6 to 1/8 inches in length and can do a vertical leap of seven inches and a distance greater than a foot. Comparing to a human being of height six feet, it would be equal to a jump of 160 feet high and 295 feet long. Fleas generally have well-developed legs, but they don’t hinge on them. Instead, they have a protein called Resilin which is found in their body part named arch. This resilin named stuff is very elastic, and it works like a spring to make those incredible jumps.

However, it should be noted that not all fleas have the capacity to jump so high. Those who can do are feeding large animals, whereas those are incapable of doing so, feed on the flying animals or nest.

The lifecycle of Fleas on Dogs

There are four stages in the life of a Flea which are as described below: Understanding the cycle of dog flea will help you to understand the methods of natural flea and tick control for dogs.

As soon as a female flee haves her blood meal from the dog, it lays eggs. These eggs hatch based on the temperature. Once hatched, Larvae is the next stage.

The Larvae are blind and avoid coming in light. They develop in a few weeks by having pre-digested blood. They spin cocoons in 5 to 20 days. This leads to the next stage named Cocoon or Pupae Stage.

The cocoon protects the pupae for several days/months/years depending on the favorable conditions. The adult flea does not come out until it can sense the presence of a potential host by vibrations, body heat, etc.

Once emerged from the cocoon, it needs to feed itself the blood within a few hours. Once they have a meal, they start breeding and also start laying eggs within a few days.

What Is A Dog Tick?

Dog Ticks are also ectoparasites, which reside on the dogs. They are typically 2 to 3 mm in length. They can be classified into two Ticks namely Hard Ticks and Soft Ticks. They also depend on the blood for survival. As they suck the blood by biting, there are around 12 diseases that can be caused due to its bite.

They grow more in hot and humid areas, but there is nothing wrong in saying that ticks can be found everywhere where their hosts’ species occur.

The Lifecycle Of Ticks on Dogs

There are four stages in the life of a Tick which are as described below:

Are The Ticks And Fleas Harmful To Your Dog?

Yes, they might cause some serious miserable time for your furry friend as they cause mild irritation. They also tend to carry certain diseases that are a threat to your pet. They attach to the dog by penetrating their mouth-parts into the skin of the dog.  They stay attached by producing a stick and glue-like protein named Resilin which helps them to stay there.

They feed on your dog’s blood causing the poor pet’s skin to go red with irritation. Repeated scratching by the dog may lead to hair loss, and red irritated the skin.

They Can Cause Some Harmful Diseases To Your Dog Like:

Are They Harmful To (Humans) You Too?

Yes, it is. Ticks, as well as Fleas, can get attached and feed on humans in the same manner as dogs. As soon as they get fasten up with the human skin, the skin would go red with irritation. Almost, all the diseases a dog gets contracted to can easily be incurred in humans when the human body comes in contact with Ticks and Fleas.

Although they don’t stay on the human skin as they do on dogs, their bite might cause Plague and cat scratch fever to humans.

Symptoms Of Fleas and Ticks on Dogs

When fleas and Ticks infest the poor pet, the dogs become uneasy and uncomfortable. Moreover, they might be uneasy sometimes due to certain other reasons, which is very difficult to understand. However, even if you already do fleas and ticks control to your dogs and it may not works if your dog shows any of the below-mentioned signs, get alert and immediately refer a vet:

Once the fleas or ticks get on to the body of the dog, they try to reach places like head, tail, ears, neck or armpits. This irritates the poor creature, and it starts to scratch that body part very harshly and intensely.

If the dog is licking or biting some particular place, there are high possibilities of the presence of these parasites.

Flea/Tick bites can cause itching and sometimes even causes rashes or lesions on the dog’s skin.

Well, Hair loss can occur due to several reasons, flea and tick bite being one among them. It may even happen that the dog pulls out its hair due to constant licking or biting of flea/tick bite affected area.

Pale Gums directly refer to acute anemia, which is only possible as a result of flea or tick infestation. As the number of red blood cells produced by the dog’s body is just not enough to make up for the loss of blood by an infestation of fleas and ticks.

These are black, red or rust color flecks on the dog’s body which is feces of the flea or ticks formed by the digested blood.

How Fleas and Ticks Infect Your Dog?

Which Are The Areas Where Fleas And Ticks Can Be Very Bad?

Fleas and Ticks can be worse according to various factors. That means the chaos condition differs from one area to another, from one season to another and from one year to another.

If we talk about North America, there is a particular type of flea that is found on dogs and cats over there. They are named as Ctenocephalides felis. They are found more in Tampa as compared to Kansas, more in Kansas as compared to Denver. If we move ahead to the western states which are very much dry, both flicks and ticks are not found much here.

The Golf Coast and Southeast regions are considered to be the hubs of the fleas. In these regions, the situation can be just fine or very dangerous depending on the rainfall. Here’s below the list of five states that found fleas to be most common on dogs are:

If we talk about ticks, they have different habitat and bearing. Some of the tick species are live and active all year long, regardless of temperature. But, generally, ticks live and breed in temperatures above 40˚ F. Ticks transmit a variety of harmful diseases that affect pets and people alike, making year-round prevention imperative.

Due to their habitats and the resistant in all season then most of all United States area is prone to this pest. However, there’s a tendency of some tick species disseminate in some certain states like, i.e., the upper Midwest and the northwest are facing Lyme disease severely.

Ticks are very horrid in south-central parts of the US. Here’s below the list of five states that found ticks to be most common on dogs are:

Season plays an important role in the survival and death of the Tick and Flea. If you stay at an area with freezing temperature, these ticks and fleas might not harass you to peek level. This is because during the cold weather, the fleas and ticks either die of extreme cold or they may lie dormant until the weather becomes warm. The ideal environment of fleas that tend to be more active is damp, humid and temperatures from 60-69˚ F.

If we talk about the hot summer season which is generally from April to October, the fleas are found everywhere. They can be seen especially on the wild animals outside and hence found in the bushes of the area. So when these fleas and ticks get on your pet, they find it a safe place to feed on.

However, beware; most people have the belief that the fleas are usually active in months of spring and summer only and are completely inactive in winter. However, this is not the case always. Most fleas try to get into the house in winters so that they can survive in the hot climate of the house because there’s a possibility that they might die outside. So even if it is winter, we must be actively monitoring our pets. Year-Round protection has to be done without fail to protect our dog.

How Can Dogs Be Prevented From Having Fleas/Ticks?

Dogs like humans, stay in the house as well as go out. So we can manage to prevent our baby dogs from these parasites in a below-described manner.

The best way to prevent Fleas and Tick is to halt their reproduction. At home, carefully monitor the areas where your dog spends most of the time like carpet, pet bedding furniture.

Regular cleaning of these areas with a vacuum cleaner and a regular wash of the dog’s bedding would be helpful to prevent them. Also, once you are done with the vacuum part, don’t forget to throw the waste vacuum bag far from home. If kept at home, there is a high chance that they might move out again.

Also, if you find that the outdoor area has a major presence of ticks and fleas, you can probably make a topographic change to nature. You can make the area less flea and tick friendly. For this, you can put a 3 to 4 foot of bulwark between the lawn and woods. Mulch, wood chips or gravel works wonders to decrease the relocation of ticks and fleas to the yards or gardens.

We hope this article will give a good knowledge of fleas and ticks on dogs, how are they could infest your dogs, the symptoms if your dog gets infected and how to prevent fleas and tick in your house and yards. The next article we will tell you how you could help your dogs if they get infected by fleas and tick naturally or using the ready-made solution in the market.